The Wild Atlantic Way, 1600 miles (2600 km) in length, is one of the longest defined coastal routes in the world. It winds its way all along the Irish west coast from the Inishowen Peninsula in the north down to the picturesque town of Kinsale, County Cork, in the south. This route from start to finish unfolds the wonders of nature, the power of the ocean and its imprint on the west coast of Ireland, and the stunning countryside in all its diversity. Enchanting villages are nestled along the coast as well as ancient monuments – their origins having long sunk into the mists of oblivion dot the landscape. Behind every bend on this magical coastal road, a new delight awaits. The wild Atlantic with its unrestrained and untameable tides and storms has continuously been moulding the west coast of Ireland. With a constant meeting of water and land, a deeply indented and wild terrain has emerged with towering cliffs, spellbinding bays, and beaches, mystical islands, always changing and never reaching the end. In the isolation or perhaps expressed in a different way living near and with the Atlantic at your doorstep has ensured that old traditions and the Irish language have been preserved. A trip along the Wild Atlantic Way is also an encounter with the past.

You can begin exploring The Wild Atlantic Way at Derry/Londonderry, N Ireland’s second city which is just a 38 miles (about 50 mins.) drive from Laurel Villa. This historic walled city is your gateway to the Inishowen Peninsula, the most northerly part of Ireland, and the first stage of your route along the Wild Atlantic Way. 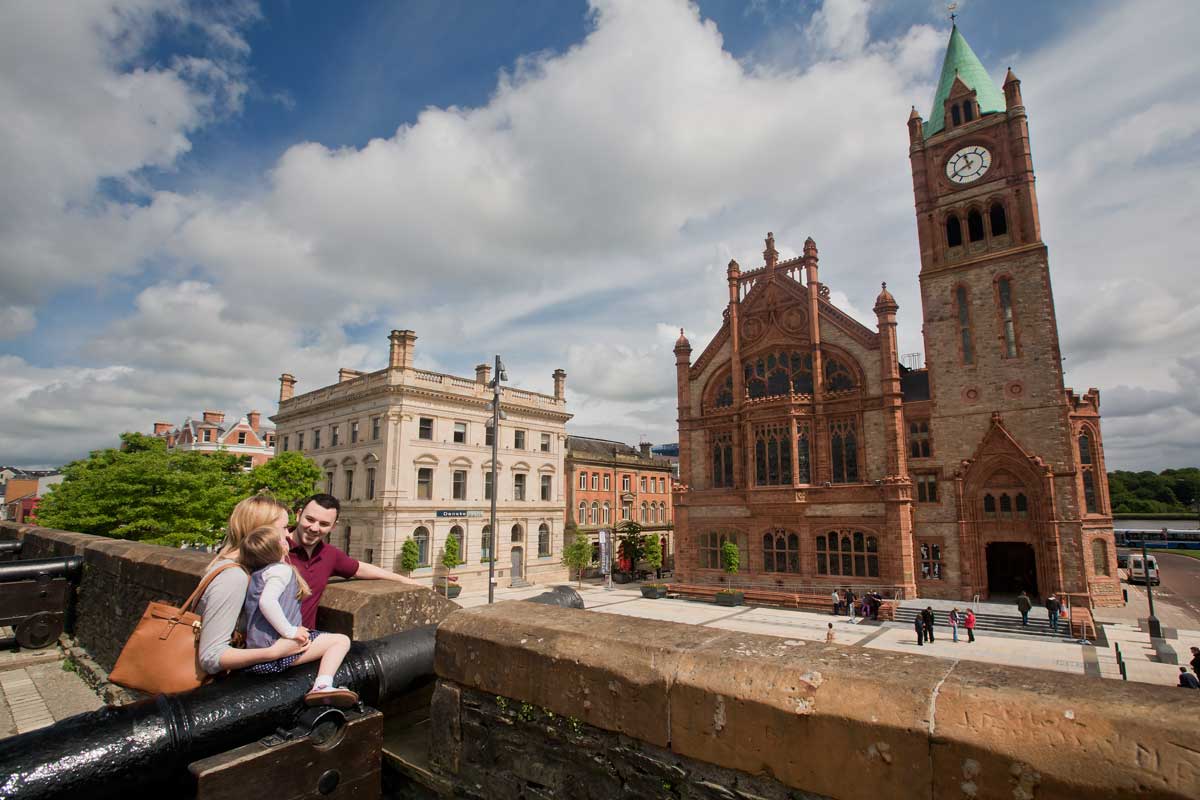 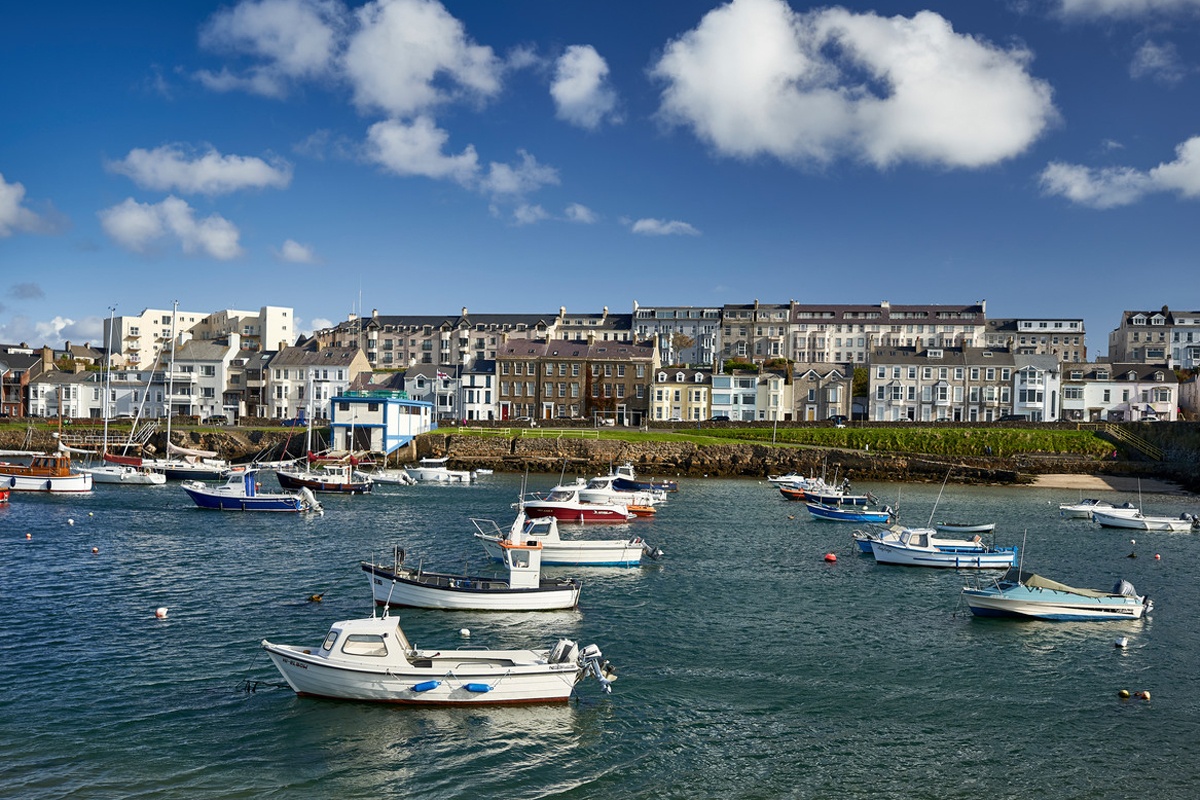 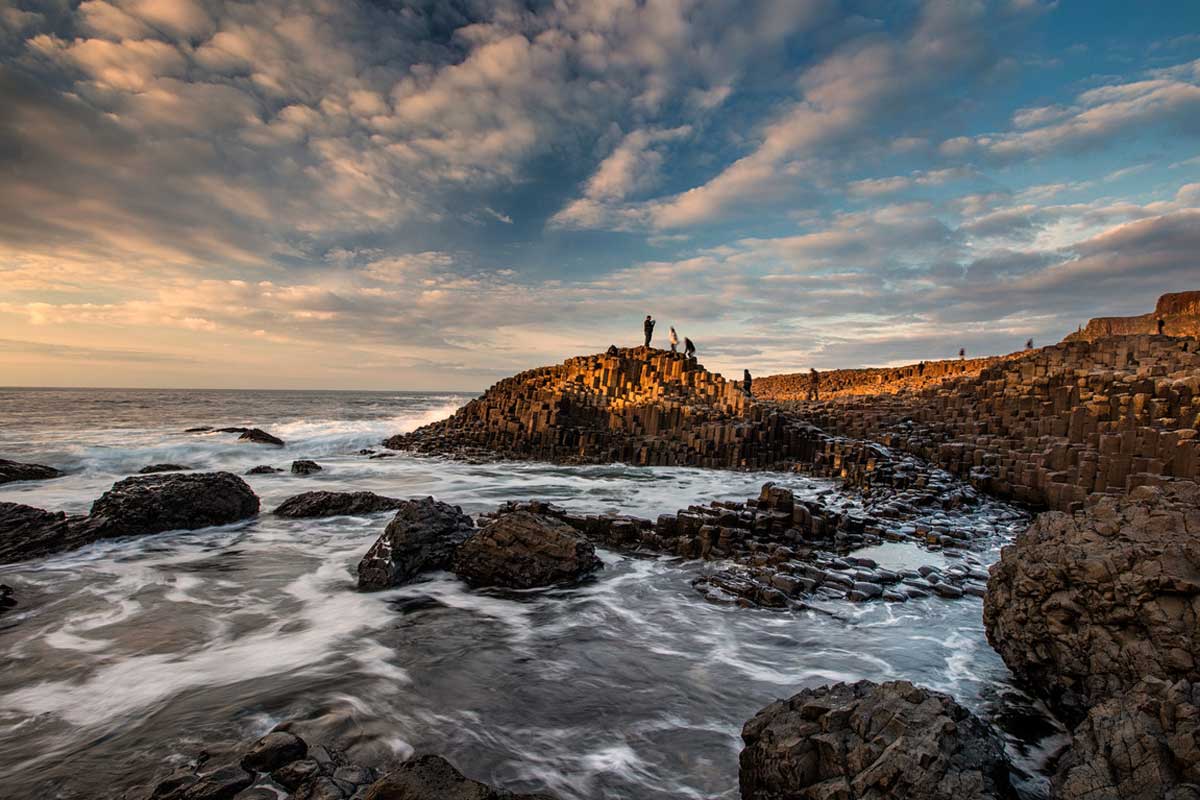 The Antrim Coast Road is rated as one of the top road trips in Ireland and when you drive it, you’ll know why. Start your Antrim coast tour by traveling some 35 miles (about 50 mins.) north from Laurel Villa to the charming little seaside town of Portrush. It’s only a short drive then to Dunluce Castle, Carrick-a-Rede Rope Bridge, and the Giant’s Causeway, Northern Ireland’s most popular visitor attraction. Here you will experience the amazing hexagonal columns and the awe-inspiring landscape of this World Heritage Site, which is known as the ‘8th wonder of the world’. Further along the route, you will encounter the picturesque villages and the outstanding scenery of the Nine Glens of Antrim. For Ballintoy Harbour and the Dark Hedges are a must-see for Game of Thrones fans.

Belfast (Irish: Béal Feirste, meaning ‘the mouth of the River Farset’) is the capital and largest city of Northern Ireland and the second-largest city on the island of Ireland after Dublin. Belfast became famous during the 1800-1900s for its heavy industries especially shipbuilding and linen manufacture but gained notoriety around the world during The Troubles (1969-1997) for its sectarian violence. Today, the scars of Belfast’s troubled past make it an intriguing destination for travellers from around the world and it has become a vibrant destination where you will be greeted with warmth from locals who feel a newfound sense of pride in their city. There are some great attractions including Titanic Belfast Visitor Centre, the Ulster Museum, Crumlin Road Gaol, the Crown Bar and many more. Belfast is just a 35 miles (about 40 mins.) drive from Laurel Villa, making it ideal for a half/full day trip. 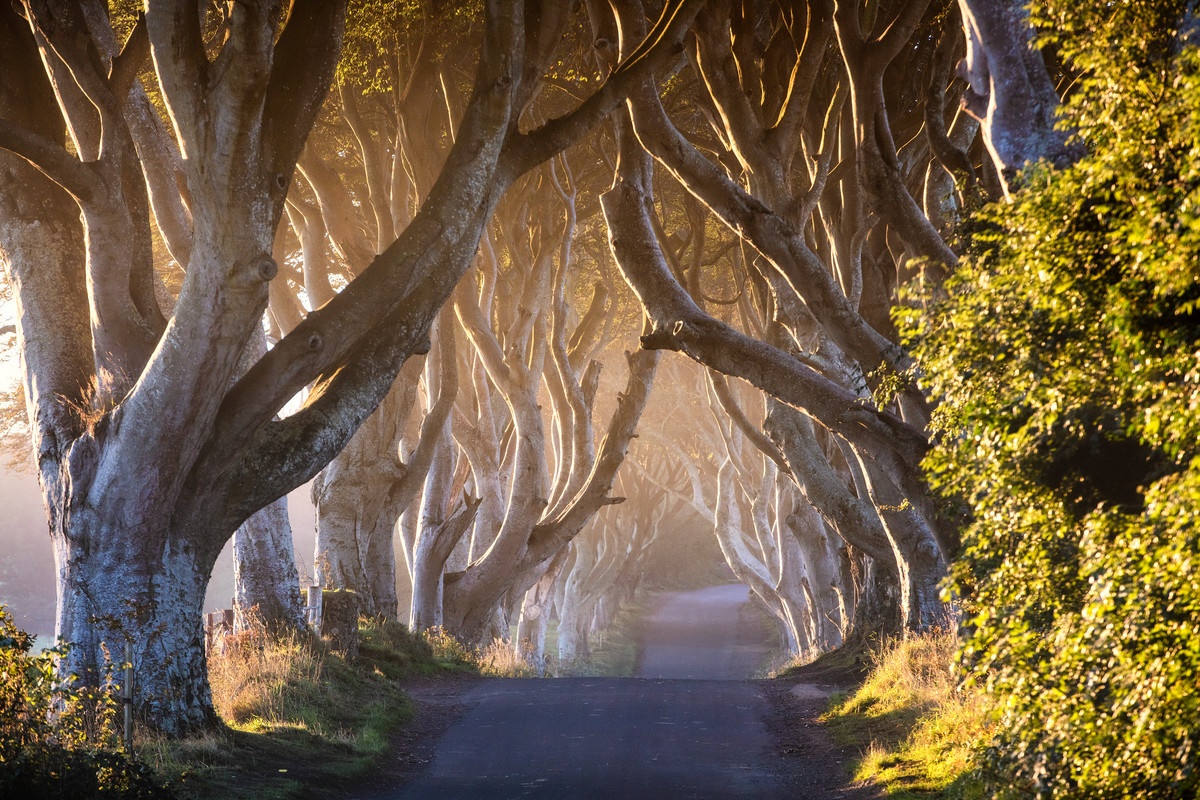 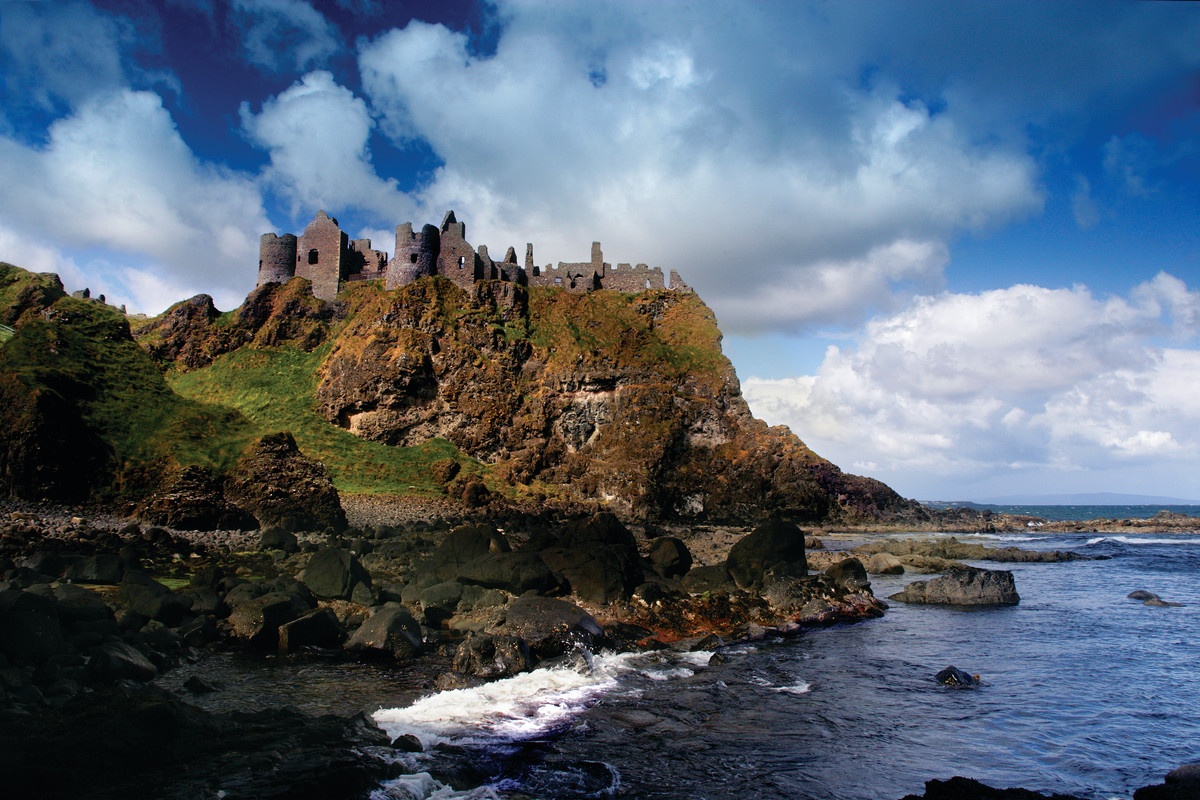 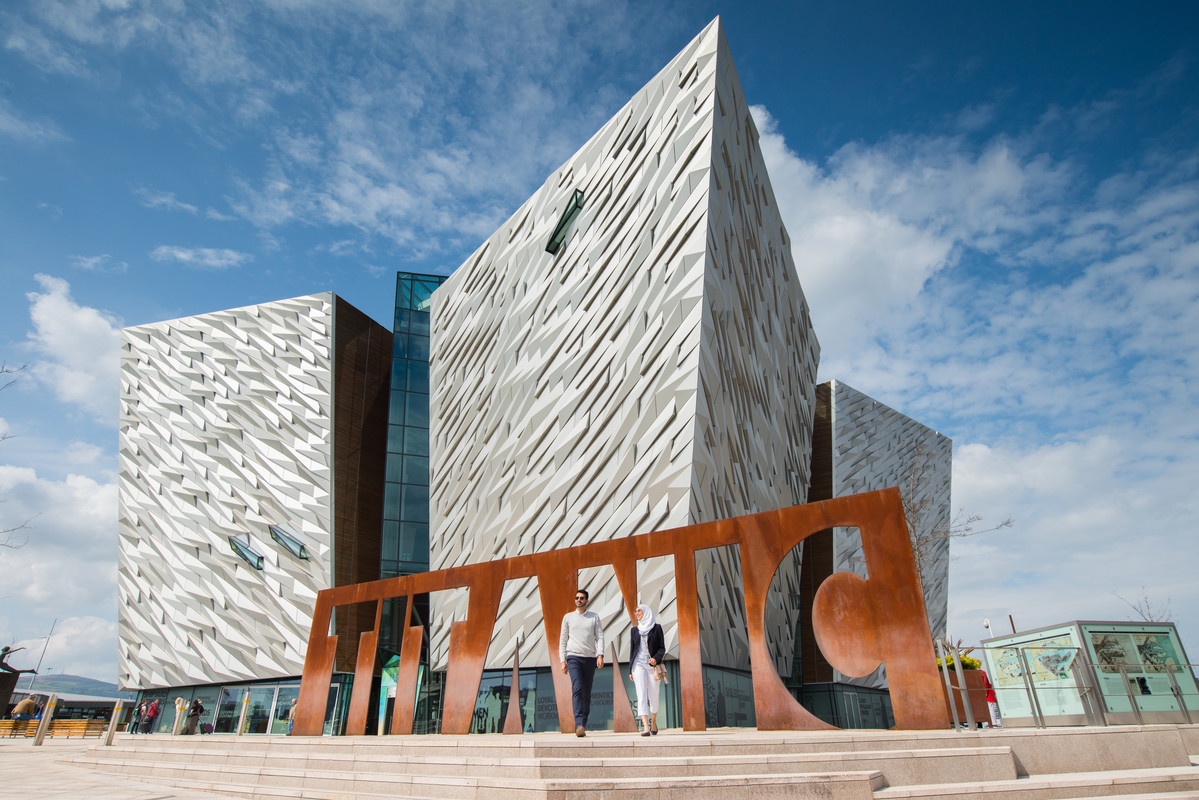 The largest city in Ireland, Dublin is just 118 miles (about 2½ hours) drive from Laurel Villa. It is one of the most amazing cities in the world. Dublin is a warm and welcoming city, known for the friendliness of its people and famous for its craic (“crack”) – that mixture of storytelling, playfulness, and wit that has attracted writers, intellectuals, and visitors for centuries. The city is crammed with historic buildings such as the General Post Office and the Four Courts while the Book of Kells in Trinity College is regarded as one of the world’s most beautiful pieces of art. The Guinness Hop store Building is the most popular visitor attraction in the city and there are plenty of famous pubs where you can try a pint of Guinness stout, the national drink! 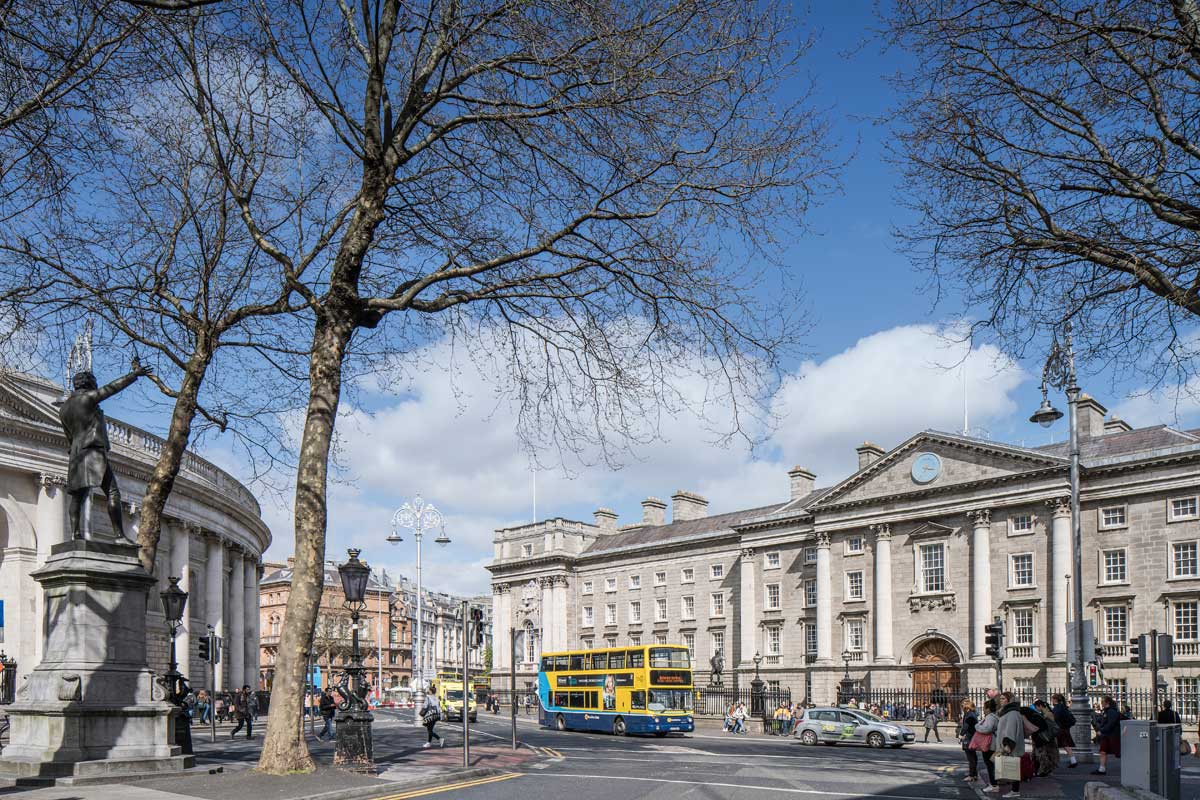