The occasion was the 40th Anniversary of the publication of the poet’s second collection Door Into The Dark which first appeared in June 1969. He read a number of poems from the featured collection, including Thatcher, Relic of Memory and A Lough Neagh Sequence, as well as the poem which gave the collection its title, The Forge.

The packed audience were also treated to some of his more recent poems such as A Clip and Anahorish 1944 both of which were set in the locality around Mossbawn, Seamus Heaney’s birthplace near Castledawson. In characteristic Heaney fashion the poetry was peppered with plenty of amusing and illuminating anecdotes which made for a highly entertaining evening.

This is what Seamus Heaney had to say afterwards:

Seamus Heaney died on 30 August 2013, just three weeks before he was due to open the On Home Ground Poetry Festival  at Laurel Villa. We turned the opening event – and the festival as a whole – into a tribute to him and a celebration of his poetry, with poets, poetry lovers and media converging on Magherafelt from all over the world. Here’s a clip of the tribute event on Friday 20 September 2013: 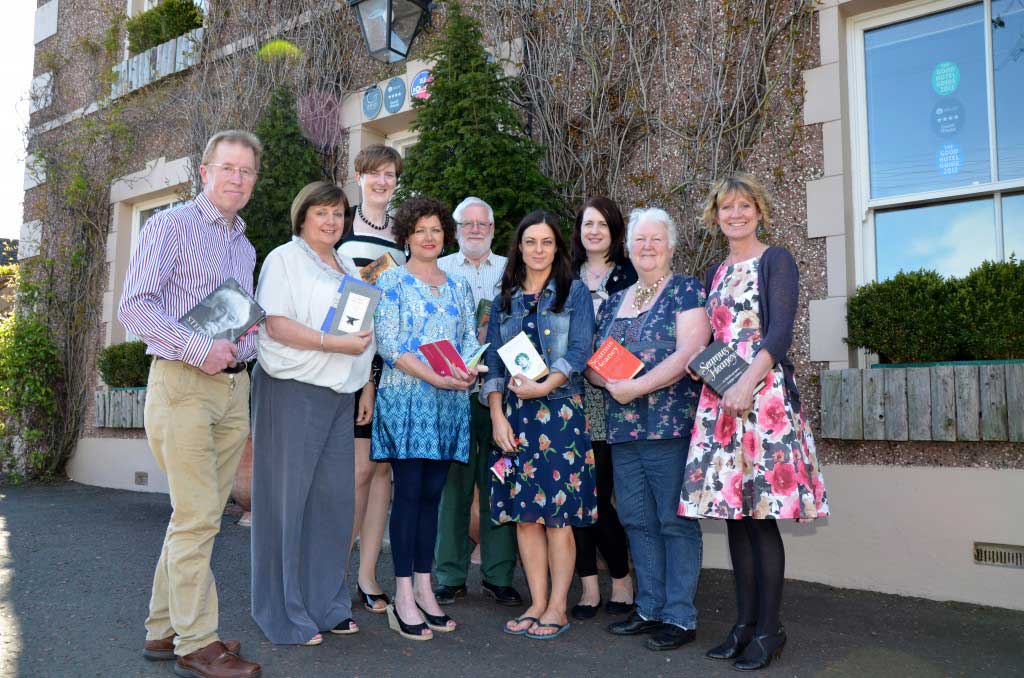 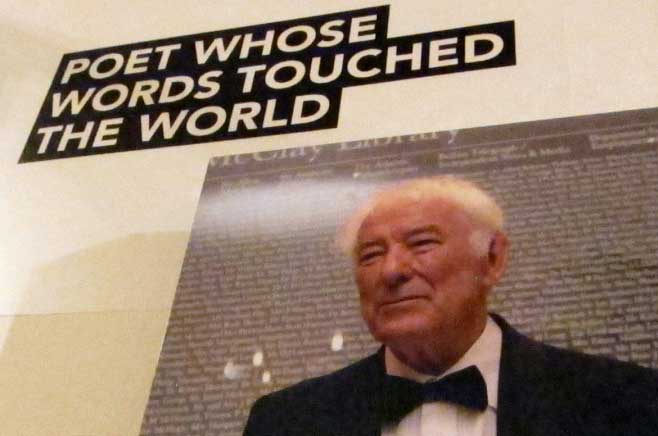 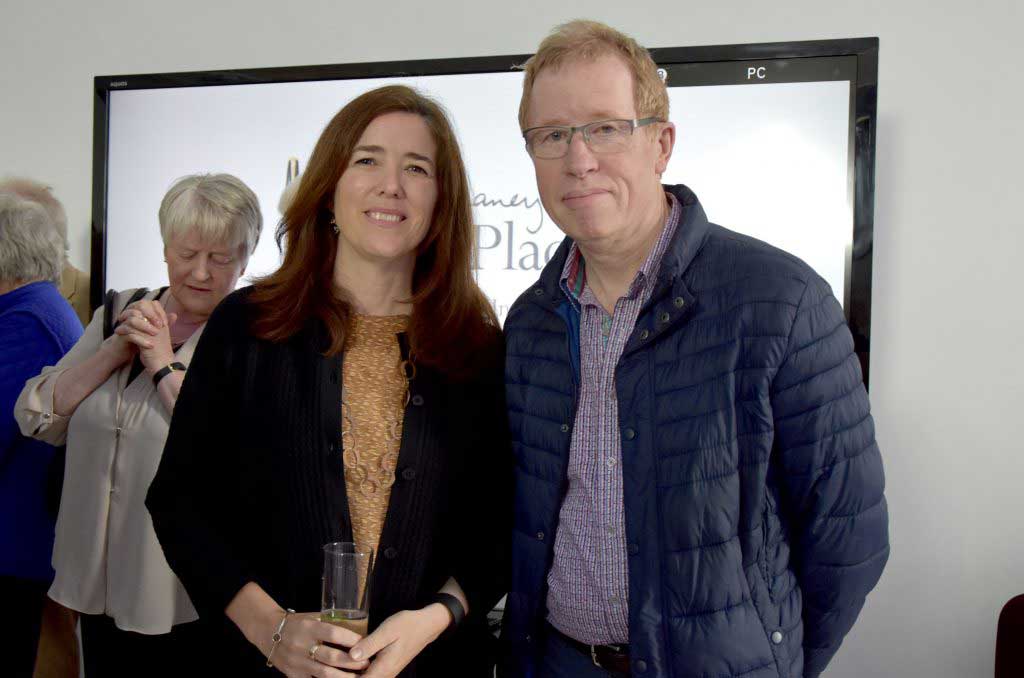